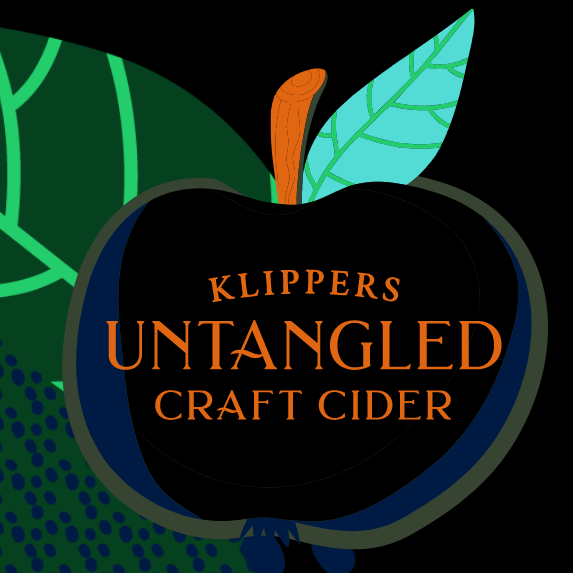 After 17 years of farming in Cawston (and enjoying making their own cider), Kevin and Annamarie decided to embark upon a new project – opening an organic craft cidery! In early2019, a license to start production was received and UntangledCraft Cider was born. Untangled Craft Cider embraces a field-to-table and tree-to-tap philosophy. All of the fruit used in Untangled Craft Cider is grown right on-site at KlippersOrganic Acres in a sustainable manner. The ciders made at Untangled are unique and natural craft ciders.

Where did the name Untangled Craft Cider come from?

It all started in 2006 when the Klippenstein’s took over an apple orchard previously owned by an engineer who decided to create an experimental 4-acre apple tree arbor. He did not prune, but instead, weaved the branches together from tree to tree and row to row, which led to the branches grafting together. While this did make for a beautiful sight, the Klippenstein’s, unfortunately, found this method to be impractical, and so the first thing they did when purchasing this orchard in 2006, was untangle the trees… Hence the name, Untangled!

Where to Find Untangled Craft Cider

Untangled Craft Cider is located on Klippers Organic Acres and shares building space with Row Fourteen, where single glasses, flights, growlers, and bottles can be purchased. Untangled Craft Cider can also be found at a variety of liquor stores, restaurants, and bars around the Okanagan and throughout Vancouver (see website for details).

Klippers Organic Acres also sells Untangled Craft Cider at the many farmer’s markets in Vancouver that they attend throughout the year.

Cider Club members count on great perks including a discount on tri-annual cider shipments, exclusive event and cider updates, free annual tastings, and a 10% discount on-site at the Cidery. Find out more about the Cider Club online at www.untangledcider.ca.